In a growing number of instances, children are being born out of wedlock. More and more couples are deciding to forego marriage, but to live as if they had tied the knot. For some, this includes having children. When the couple stays together and raises the kids as a family unit, fewer problems arise. But, when a couple with a child separates after having not been married, several legal issues can develop.

One of the most common issues that arise when an unmarried couple with a child splits is that of paternity. To establish paternity, the following two methods are frequently considered acceptable:

While doing both of these things is a step in the right direction, the simple truth is that without a legal determination of paternity, a father may be giving up parental rights. To get this process started, a petition to establish paternity must be filed with the Courts. Thereafter, evidence is presented in support of the petition and the Court will enter an order as to paternity. The case should include a request to determine issues such as custody, support, and visitation. This is the only way a father can be assured he has the legal authority to exercise his rights as the child’s dad. Take action to protect your rights as a father by calling our office for help in obtaining a judicial determination of paternity.

For more information about establishing paternity, call us today. Let us put our experience to work for you. Call The Sampair Group in Phoenix and the West Valley today to schedule your appointment.

Both divorce and annulments are valid ways to dissolve a marriage, but there are many differences between the two. In this post, family law attorneys at The Sampair Group inform clients on the basics of annulment and the process to receiving one.

The definition of annulment is stated as an agreement that nullifies a marriage and disavows its existence, returning both parties to their prior single status as if they were never married. This agreement cannot be reached through mutual discussion, as the court must legally grant an annulment.

In order to validate the need for annulment, one of the parties in the marriage must show that there was an obstruction to the validity of the marriage at the time it was made official. Annulments usually take place after a few weeks or months of marriage, but can happen after longer periods of time.

In Arizona, there are several circumstances which would allow for an annulment and make a marriage invalid:

Voidable Marriage
A voidable marriage remains valid until one spouse chooses to legally annul the marriage. In order for the annulment to be established, the court must confirm that at least one of the following factors applied to the marriage that would make it invalid:

To begin this process, contact an experienced Phoenix divorce lawyer at The Sampair Group to get assistance in obtaining a petition and determining the legal ground for your desired annulment.

Legal vs. Religious Annulment
After an annulment is granted, the couple can then request a religious annulment if needed. This will allow for one or both people to remarry within a church or anyone else, and have this second union recognized by the church. The grounds for religious annulments differ from civil annulment guidelines, and are different within each church.

If you are seeking a divorce or annulment and need legal advice, the experienced divorce attorneys at The Sampair Group can represent you. Schedule a free initial consultation with a divorce lawyer in Phoenix, Scottsdale and Paradise Valley today.

Paternity is an important matter that will affect your child for the rest of his life and it is important to establish is early and as swiftly as possible.

The Sampair Group represents parents in paternity, custody, child support and divorce cases in all of Phoenix, Glendale and Mesa, Arizona. Make an appointment today to discuss your questions with us. 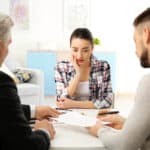 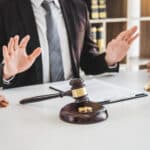